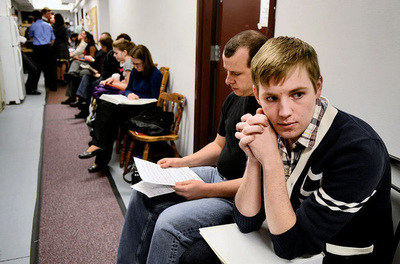 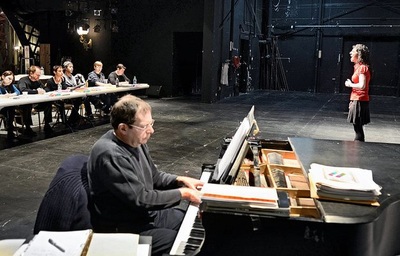 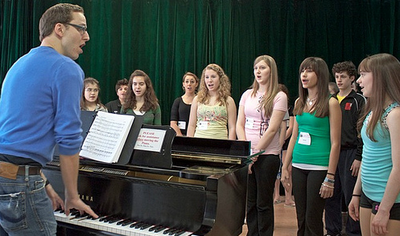 By Steven Brown, Founder/Artistic Director of Chrysalis Youth Theatre and Monarch Stage Company
Are you looking for the perfect song for your next theatre audition?  Have you been frustrated by contradictory advice and mountains of information?  Don't worry, you've come to the right place!  Here you will find all the information you need to make your next audition a success!
Admittedly, there are few things as frustrating and nerve-wracking as choosing an audition song.  You spend hours researching, listening to songs, reading lists, and ultimately the only songs you like are the ones that everybody tells you not to do.  Rather than make you go through that pain every time, we have done most of the work for you!  Below, you will find a list of songs ranging from ones that are great for your audition to those that you should probably stay away from. This is not a hard and fast set of rules, it is simply meant to be used as a helpful reference as you are choosing your audition piece(s).

Now, to answer that pesky question about why you shouldn't sing that song from the hot new musical on Broadway, or the one you grew up listening to.  There are really just two reasons:

1. Chances are, everybody else loves that song too.  There is nothing more frustrating than preparing for your audition, getting totally into the zone, and then right before you go up to sing, somebody else gets up and sings the exact same song...and they do it really, really well.  If you sing a classic song, or one from a hot new show, this is extremely likely to happen.  You can avoid this problem by singing something less well known, or something less obvious.  For example, when it comes to Disney, EVERYBODY thinks of songs like Reflection, Part Of Your World, and Colors of the Wind.  But how many people think of Home (Beauty and the Beast), or Candle On The Water (Pete's Dragon)?  Similarly, EVERYBODY knows the songs from shows like Sound of Music, West Side Story, Oklahoma, and Les Miserables.  But how many know people know even one song from Good News, The In-Between, Jane Eyre, or A Tale of Two Cities?

2.  When the director thinks of that song, he probably thinks of the version done by one of the best performers on Broadway.  He has that rendition burned into his brain.  Right from the time you announce what you will be singing, he will be comparing you with that professional performer.  That puts you in a very difficult position.  You may be very good, but you probably aren't THAT good...at least not yet.  Now, a lot of this depends upon the situation.  If you are auditioning for a small children's theatre program, the director will probably be overjoyed just that you can carry a tune and sing without getting overwhelmed by stage fright.  But if you really have your sights set on a big role, or if you really want to impress, then you should think long and hard before attempting one of these songs.  Only attempt it if you are sure that your rendition is so good, or so different, that it will overcome the extra scrutiny from the director.  Even then, is it worth the risk?  Think of it this way: if you do it really well, or in a really awesome, unique way, you'll score big points with the director.  But if your performance is anything less than fantastic, you may be lucky to get anything more than a chorus role.  As unfair as this is, directors just naturally hold performers to a higher standard when they sing these kinds of songs.

The advantage of singing a less well-known, or less obvious song, is that the director is more likely to be on your side right from the beginning.  He is probably tense, worried that he will have to endure yet another loud, screechy, off-key version of Tomorrow (Annie).  So when he hears you announce something totally unexpected, he is likely to relax, sit forward in his chair, and sit there excitedly hoping this will be good.  He probably won't notice any little mistakes you make, because he is either not very familiar with the song, or he is just really relieved that it was something totally different.

Ultimately, if you choose a song that really shows off your singing and acting abilities and if you prepare it well, you should have a successful audition.

With that in mind, here is a list of audition songs for girls, and one for guys.  They are listed in order from "Rarely done", to "Done A Lot", to "Overdone".  If you're just getting started or are still fairly young, you can really pick something from any of these categories.  But if you're in high school or above, or in a very competitive program, you might think about trying to find a song you enjoy that isn't done very often.  That will give you a leg up on the competition.